Preparing for the World Robot Olympiad

Recently, the South African arm of the World Robot Olympiad launched their competition for 2022. The theme for this year is ‘my robot, my friend’ and takes a closer look at human-robot interaction. The combination of robotics and artificial intelligence can change the world and especially the environment of humans. In particular, how can robots help humans? Two of our schools are already undertaking to answer that question as they prepare for the regional Olympiads that will be held in term 3 of this year.

Some of Curro Durbanville’s robotics club members (see image below), led by Mrs Keri Theart and Mr Christo Spies, attended the launch held in the Western Cape on 10 March 2022. After an absence of two years, it was exciting for the learners to be together and learn more about this year’s Olympiad.

Morgan Reynolds (see image below), a Grade 9 learner at Curro Delft, has successfully completed her EV3 robot arm. She is currently programming it to carry out specific tasks on small to heavy industrial machinery. Morgan and the rest of her team are eagerly preparing for the Olympiad to be held in term 3. 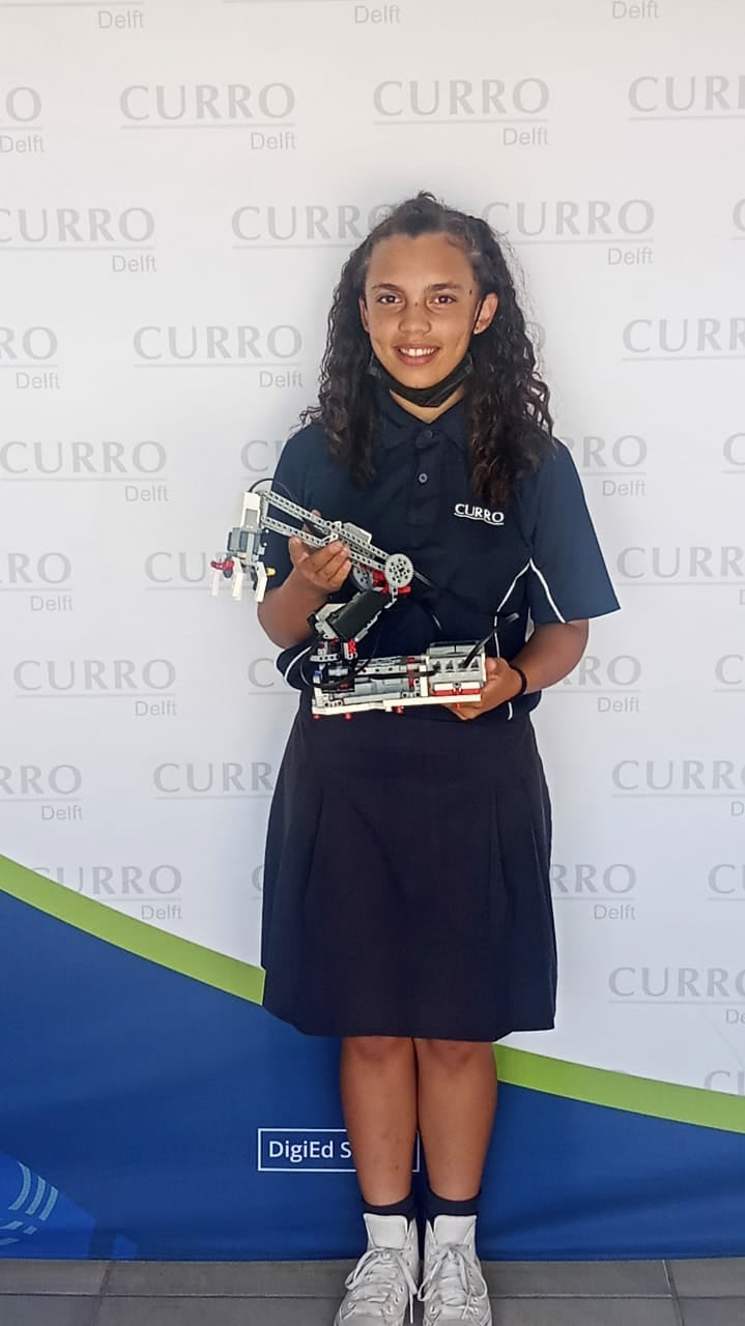