The W2W riders who pedal for scholarships instead of medals

A win in the Exxaro category, means a lot more than a medal and standing atop the podium, at one of South Africa’s most popular and esteemed mountain bike races.

Exxaro jersey riders during the 2021 FNB Wine2Whales Shiraz (Photo: Sam Clark)
The pair won either a Grade 0 to 12 bursary from Curro Holdings or the higher education programme of their choice from STADIO. 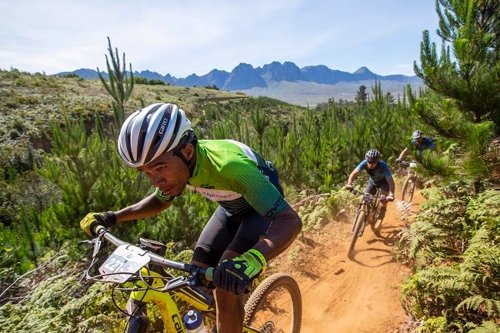 The Exxaro winners were pinning it, on their Cannondale Scalpels (Photo: Sam Clark)

Luyanda Thobigunya was one of the stories of the 2019 FNB Wines2Whales when he gifted his partner, Lorenzo le Roux, his share of the Curro bursary. That meant that Lorenzo’s twin daughters could start the 2020 school year together at the Curro school of their choosing.

The pair had an important reason to win the 2021 Exxaro jersey competition, during the FNB Wines2Whales Switchback.

"I owe him a victory," Lorenzo laughed before the race. "Especially because we missed the opportunity to take part in 2020, due to Covid. Fortunately, we had one more year in the Exxaro competition before we got too old."

The development category is only open to riders who hail from historically disadvantaged backgrounds and are 26 years of age, or younger. During the Wines2Wales Shiraz, Fairtree Imperial Cannondale 1’s victory was never in doubt.

From the first climb, on Rotary Drive, the Fairtree Imperial Cannondale 1 team, were in a class apart from the rest of the Exxaro jersey teams. They won all three stages to claim their second Exxaro Special jersey title and raced to an impressive twelfth position on the overall general classification. 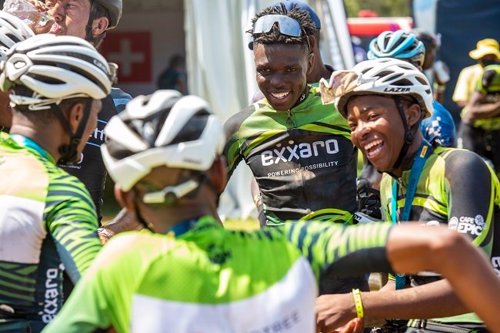 The Exxaro category is very competitive, with riders racing for a prize that has long-term benefits (Photo: Sam Clark)

The win that keeps on giving

"The final day was great; I enjoyed the climbs, especially the last one," Thobigunya said. "The route was amazing all weekend really and it was great to take the victory, at FNB Wines2Whales, again."

"Luyanda was so strong. He’s the strongest partner and I’m thankful to him for helping me with another Exxaro jersey in the FNB Wines2Whales," Lorenzo recalled.

"The victory in 2019 was life-changing for my family and this one will ensure my youngest daughter can join her sisters at Curro." 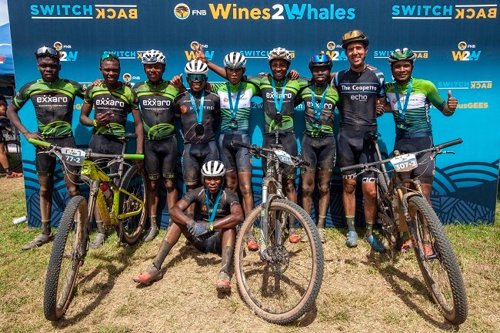 Experienced South African stage racers know the Exxaro group of riders, who leave it all out on the trail, with maximum effort (Photo: Sam Clark)

Paying it forward - and the some

"I’ll be giving my sister’s daughter the Curro bursary," Thobigunya revealed, after collecting his prize. "She’s five now, and will be going to school next year."

Lorenzo le Roux is in no doubt that his riding partner is great on the bike, and an even more impressive person, off it.

"Luyanda is an amazing person; God will bless him. He donated his half of the Curro bursary to me in 2019. Now his sister is getting his prize, his year."