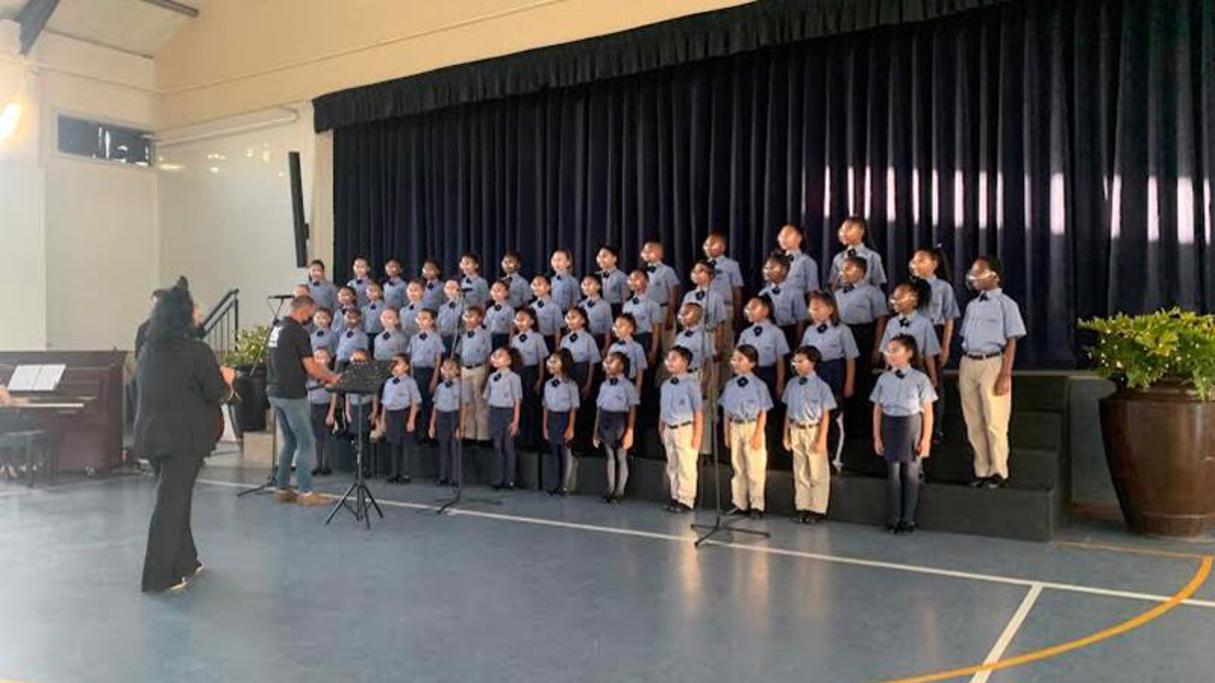 Curro Brackenfell’s main choir conductor Myrtle van den Heever at one of the rehearsals leading up to the "Sing in Harmonie" competition.

Curro Brackenfell Primary School’s junior and senior choirs will be looking to prove their musical mettle during this year’s national "Sing in Harmonie" choir competition.

This will be Curro Brackenfell’s second stab at the competition after competing against 22 other schools from around the country last September.

“We have been practising hard and preparing since the beginning of the year. There’s only a few more weeks left to round off our performances, and then we will be filmed by the "Sing in Harmonie" camera crew,” said teacher Cherize Ebersohn.

The school’s first choir started in 2016 with 35 pupils and now 180 pupils make up the junior and senior choirs.

Both choirs practise twice a week in the mornings for 45 minutes, according to choir teacher, Lelanie Hoffmann.

This year, 50 to 60 choirs from around the country would compete, she said.

Choir conductor and leader Myrtle van den Heever is responsible for working out their music pieces, choosing their repertoire and coaching the choirs.

They had to practise with face shields last year because of Covid, she said. “We also lost a lot of practice time when one of the waves hit last year.”

Last year’s "Sing in Harmonie" winner remains unknown because the final round of the competition, in which the top-three choirs are announced, will only be broadcast on DStv’s KykNET, on Sunday May 8, at 3pm.

“In that episode it will be announced whether our choir could be amongst the top three,” said Ms Hoffmann.