With lights flashing and sirens blaring, Gauteng’s men and women in blue descended on Curro Edenvale on November 12.

The SAPS officers joined by EMPD officers, first responders and security companies visited the school for the safer school campaign.

“The demonstrations were held to show and explain to the learners the role of different police units while building a stronger relationship between the youth and the police.” 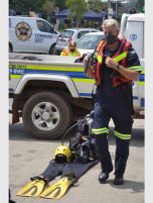 A member of the Tshwane water wing stands next to some of the equipment used by the officers. 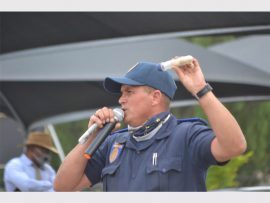 EMPD officer and dog handler Fourie showing the training narcotics and explosives used during the demonstration. 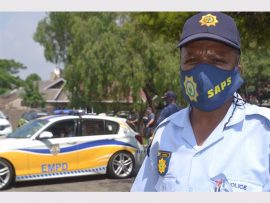 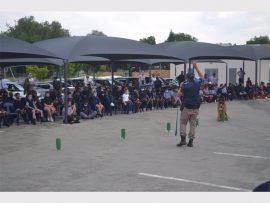 EMPD officer and dog handler Fourie addressing the learners at Edenvale Curro on November 12. In the photograph the explosive detection dog Gunner can be seen passively identifying the tube with the explosive in it. 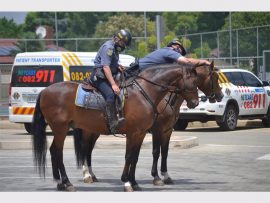 Members of the SAPS mounted unit at Edenvale Curro during the safer schools campaign in Edenvale. 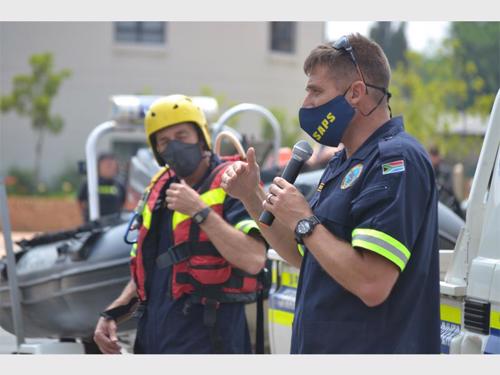 Members of the Tshwane water wing speaking to learners about their duties. 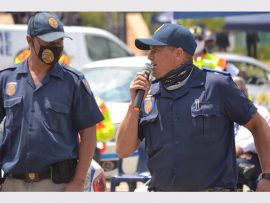 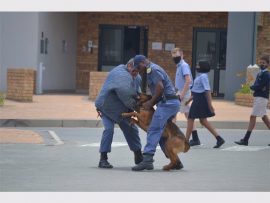 A SAPS dog and K9 handler detain a “suspect” who ran off with a purse during a demonstration. 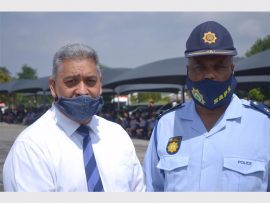 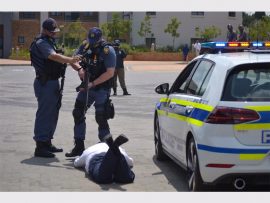 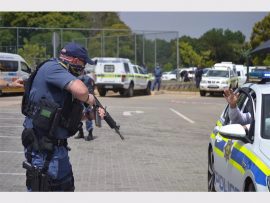 Gauteng SAPS highway patrol officer demonstrates to learners how the unit stops suspicious vehicles and requests the drivers to exit the vehicle.

Members of the water wing, who conduct water-based crime prevention, investigation and rescues, showed learners their diving and rescue equipment while providing them with water safety tips.

Advice included:
• To never push a friend unexpectedly into a pool.
• To never dive into murky or unclear water.
• To always swim with adult supervision and use the buddy system.
• To never jump in when a friend is drowning and try to rescue them.
• To make use of a pool noodle or life jacket if you battle to swim.

The next demonstration was done by the Gauteng SAPS Highway Patrol with the assistance of the school’s executive head, André van Wyk.

With van Wyk in the driver’s seat of the police vehicle, the unit engaged in role-playing showing learners how they would stop a suspicious driver and request them to get out of the vehicle.

Once van Wyk was out of the vehicle, the officers showed learners how individuals were detained during searches and would be arrested if necessary.

Next on the list was a crowd pleaser with the EMPD and SAPS K9 units.

Under the guidance of the officers, the dogs displayed to learners how they detect drugs and explosives and how they could stop a fleeing suspect.

For the demonstrations, narcotics and plastic explosives were placed in tubes that the dogs had to then find.

Mashile said overall the campaign went well. He said in the future the station plans to host similar events as part of the national campaign.