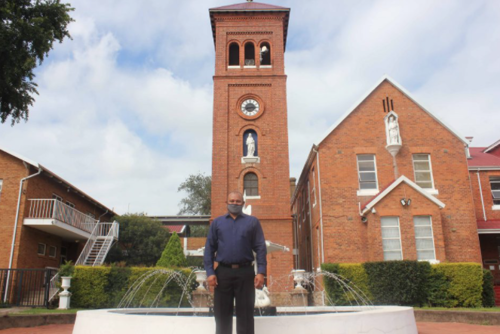 Overlooking Newcastle, stands the historical, institute of educational excellence, St Dominics Newcastle. Over the decades, the school has endured and outlasted the obstacles and challenges of the world around it. To this day, the school continues to elevate education standards, 130 years later.

In light of the school’s 130th Birthday, we take a brief look at the institute’s diverse history.

The school was founded by Mother Rose Niland, born during 1860 in the Fort Beaufort district, in the Cape. Dedicating her life to God, she entered the Novitiate of the King Williamstown Dominicans when she was 20 years old, before taking her final vows in 1882.

In 1891, Mother Rose and a small band of Dominican Sisters were sent to Newcastle to establish a new foundation within the community. In just a week after they arrived at their new home, the first convent was opened with 30 students making up the first headcount. The convent was then situated in Sutherland Street where Pick ‘n Pay now stands.

However, their stay in Newcastle did not remain rosy for too long, following a decision to close the Dominican order in town and withdraw the sisters. The Newcastle Convent won a reprieve, and in 1896, Mother Rose was elected Prioress of the Newcastle Convent of Dominican Sisters, making her the only South African born foundress of a religious congregation.

While Mother Rose and her sisters had to evacuate Newcastle during the Anglo-Boer War in 1899, they returned in 1902, with Mother Rose restoring the convent house and opening St Thomas School for boys in Lennoxton.

With the sisters continuing their teaching and nursing work, a house was purchased from Dr Charles O’ Grady Gubbins in 1909. Dr Gubbins was a medical doctor who was a lover of the Arts. This noted him selling the house on the condition that a strong emphasis would be placed on teaching music and culture.

It was then the St Dominics as we know it today truly started evolving into an educational powerhouse.

The O’Grady Gubbins house was used to house the senior girls, before it was demolished to build the new convent. From 1912, a massive expansion programme began, with Brother Nivard Steicher, an architect from Mariannhill, called in to direct the building.

Brother Streicher designed the Bell Tower and construction commenced in 1913. The tower was finally completed in 1917, after the First World War delayed its construction. The Bell Tower’s three giant bells were ordered from Dortmund, Germany, and the clock from Markt Oberdorff (Bavaria). As per tradition, the matrics celebrate the end of their examinations by ringing the bells with gusto.

Through its formative years, St Dominics Newcastle saw extensive work being done to promote its ethos of excellence. This includes the iconic Pavilion and the exquisite Chapel with its beautiful stained glass, created in Dusseldorf, Germany. 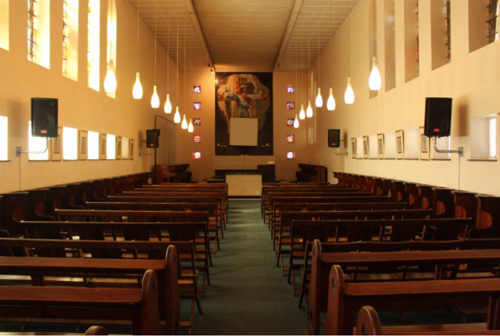 The interior of the St Dominics Chapel.

Recent additions to St Dominics Newcastle include the All-Purpose Centre, completed in November 2019—which had a substantial investment of R20 million. The 850-seater indoor facility is able to host a collection of events, including entertainment production. 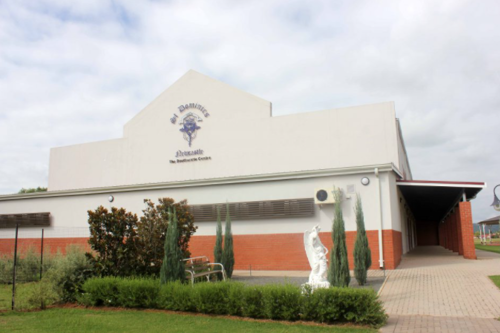 Most notably, the centre offers St Dominics Newcastle the opportunity to further its sports development—offering learners the opportunity to participate in indoor cricket, hockey, netball, badminton, soccer, volleyball and tennis. The centre also acts as an examination venue for high school learners during exam times.

He emphasises this involves continuously building on St Dominics Newcastle, its sustainability and the school progressively growing and developing to the point where learners are capable of soaring to new heights.

Further development on St Dominics Newcastle’s strengths began in 2020, with the school now offering learners from Grade 10 to Grade 12 the opportunity to select an eighth subject.

The subject selection comprises of French, Information Technology, Design Studies and Tourism. All of which will take place outside of school hours.

Moreover, Moses highlights that the school has also enhanced its sports department with the introduction of rugby. “We will also be strengthening existing sport codes, as we do not want to lose focus on our strong points.” 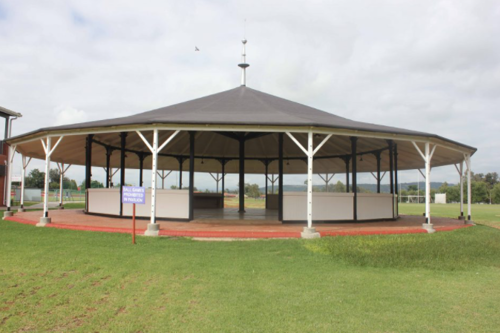 The iconic pavillion at St Dominics.

The Executive Head points out that during 2020, St Dominics Newcastle added to its holistic curriculum by introducing an additional music programme. “We already have music classes, but we have added instrumental music lessons, where learners can learn an additional instrument. While this will be done outside the school curriculum, it allows the learners to go further with their music.”

The school intends to further its cultural participation through various activities, allowing both the educators and learners to develop and expand their lives. “What helps St Dominics Newcastle, is that we are a Curro Select School. This allows us to pull on Curro’s academic resources, as well as its sports and cultural knowledge. We want to take St Dominics Newcastle to the next level, furthering its success, while holding true to the school’s traditions and ethos,” states Moses.

Driven by a team of dedicated staff members, St Dominics Newcastle proceeds to live up to its proud heritage by continually adapting and improving. This being seen in the school’s ability to seamlessly switch to an online curriculum over the past year—whereby a nationwide pandemic could not stop the teachers from educating their learners.

Here is to another 130 years of excellence.